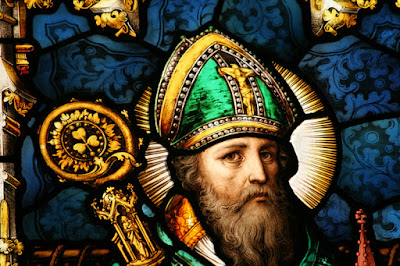 As we seek to develop a mission strategy for Ireland, I thought I would take a minute to answer the question: "If you could serve anywhere in the world, why Ireland?  Isn't Ireland already mainly a Christian nation?"  Our initial thought was the same, and then we visited Ireland after a mission trip to Africa.  We began to talk with people about the spiritual state of their country and we found that most people we talked with wanted nothing to do with their Christian heritage.  We found this interesting and after returning home, we did a little more research.

We began to talk with e3 Europe Director, Bill Payton, and took a vision trip to Ireland in May of 2016.  We met with Leaders from Greater European Missions and the IMB and found that they felt that the spiritual condition of Ireland and the church was even more dire than what we had previously learned.  The Joshua Project estimates that there are about 1.38% Evangelicals in the Republic, which is astonishingly low,[ii]  but according the the missionaries we spoke to who are working in Ireland the number is even lower than that.  By their estimations, only half of one percent (.5%) of the Republic of Ireland were Evangelical, Born Again, believers.  Their reasoning for this is that the definition of Evangelical can be misleading, Born Again is sometimes a better term.  Many identify with a Protestant denomination but are not necessarily born again believers.  They identify with a Christian tradition but do not have a personal relationship with Jesus Christ; there was never a time in their lives when they repented of their sins and professed Jesus as their Lord and King.  While this is disheartening, this has opened up a door for the gospel to penetrate the heart of Ireland once more.  People are abandoning their traditional heritage, but this leaves them open to hearing the truth of the gospel.  We are working on a strategy to reach all of Ireland with the gospel, to make disciples and plant churches.  Andrew Clements has been named as e3's National Director of Ireland, and we will work with him to work to bring an awakening and revival to Ireland.  We hope you will join us in praying, giving and going!!! 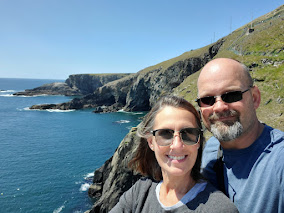